Your five-minute guide to speaking the world's sexiest language

The internet is going crazy. The 2019 sexiest accent in the world has been announced and in number one spot is certainly not what we expected.

You couldn’t be blamed for thinking it might be the sultry tones of MKR’s Manu or even the baritone lilt of the ever-sexy Ewan MacGregor that had secured the pole position for the world’s sexiest accent. French, Scottish...or Brazilian...we could have understood that!

The number one spot went to…(Drumroll) New Zealand. What the hell?

Yes, the kiwi accent has taken out the top spot for the sexiest accent for 2019. But rather than dispute the results, we thought we’d teach you how to speak with a New Zealand accent for when things heat up in the bedroom. Add a hamper4two into the mix and you’re destined to romance the pants of your partner.

Back in 2013, Lynsey Perigo wrote this about the kiwis “Theirs is not an accent; it is a disease.” (Hopefully not a sexually transmitted one) and went on to say  “No, one is not demanding they speak like the Queen, but is it too much to ask that they sound like educated adults?” How rude!

But fast forward to 2019 and no one agrees with you Lynsey Perigo because the kiwis are now as sexy as hell aye.

One Quora contributor who described himself as a lover of language succinctly described the accent as ignoring the vowels and stating New Zealanders insert vowels where there are none and ignore others.

One of the most overused, go-to examples is the kiwi’s pronunciation of fish and chips. If this contributors theory is to be believed, fish and chips become fsh and chps and pool deck become pull dck. But talking about fish and chips is not exactly going to inspire a night of passion. There also seems to be no much variation between O's and U's and I's and E's all sounding vary much the same.

Ask a Kiwi for a bare and you may end up with a beer. If it’s time to turn up your sexy, you can try and slip some of these phrases in your best New Zealand accent into your pillow talk.

“Lít’s go to Beard”= Let’s go to bed
“You have a sixy sucks peck = You have a sexy six pack
Your deck is massive = well, you know what we mean.

So what other countries ranked as having the sexiest accents. The official list according to Big 7 is below.

Top 10 sexiest accents in the world

Take your sex life to the next level with a new accent and one of our sexy as hell hampers. There’s a hamper for all occasions, including a ‘Flying Solo’ perfect for when you want to look at yourself in the mirror and talk kiwi. If you’re already a New Zealander, congratulations. You don’t need to learn how to speak the new language of love, you just need a hamper! Shop the range now. 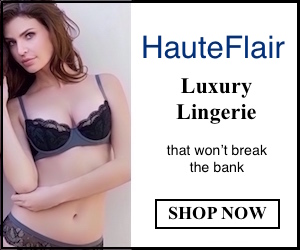